Not on the mls

The median list price in Philadelphia this week is $279,900.
Demand measured by the Market Action Index is increasing and days-on-market is trending downward.
Even as more properties come available, these are positive trends for the market.

For more information or to sign up to receive weekly updates delievered right to your inbox please contact
Jim Onesti. 215.440.2052 or jonesti@mccannteam.com

Get in on this new development opportunity (not in the MLS) from the very beginning! Don’t wait to be a part of this fantastic project in the historic and electric Old City section of Philadelphia.
Asking Price: $250k
Features: lot approved for mixed-use building right by Old City

Get a better view of the neighborhood!

Still want more info? Leave me your comment and I’ll respond as soon as possible!

2 story shell with approvals for a rear two story addition, 3rd story addition, AND a roof deck!
Run the numbers…this deal works!
Surrounded by new construction all around!
Walk to Graduate, Rittenhouse, Center City, Broad Street and so much more!

For more information or to make your offer today contact Jim Onesti. 215.440.2052 or jonesti@mccannteam.com

Build your Dream home in Bella Vista/Queen Village, in the Meredith School District…

Our Builder client will build you your dream home, total sale price $999,900 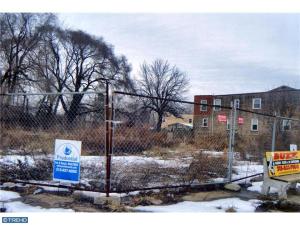 Priced to sell! Build townhomes, mixed use or get creative!! It all works at this price!
Located by 95, just north of Port Richmond!

Pending sales of existing homes were up 5.2% from September to October and 13.2% from a year ago, according to an index maintained by the National Association of Realtors. NAR’s Pending Home Sales Index, which represents existing-home contracts signed but not yet closed, rose to 104.8 in October — the highest sustained level in five years.

In April 2010, when the federal homebuyer tax credit was still in place, the index hit 111.3, but soon dipped back down.

An index score of 100 is equal to the average level of sales contract activity in 2001, a robust year for home sales and the first year examined by the trade group. Contracts signed in October typically close one or two months later.

The 13.2 percent year-over-year jump for the index in October marks the 18th consecutive month of annual increases — a sign of sustained growth.

All regions saw double-digit annual gains in October but the West, where Yun said limited inventory “is keeping a lid on the market.” In the West, the pending home sales index dipped 1.1 percent from September to October, but were still up 0.9 percent from a year ago.

Yun said the Northeast saw some impacts from Hurricane Sandy, which disrupted the normal routines of millions of residents before making landfall in Atlantic City, N.J. on Oct. 29. The index showed pending home sales in the Northeast falling 0.1 percent from September to October, but up 13.3 percent from a year ago.

NAR expects this year’s national real gross domestic product to grow 2.1 percent, followed by 2.3 percent growth in 2013. The U.S. unemployment rate is expected to average 8.1 percent this year and drop to 7.8 percent in 2013.

As many of you already know, I have specialized in New Construction Developments for over 12 years – FINDING the site for my developer clients, DESIGNING the project and SELLING the finished product. In the Center City Philadelphia area I have been involved with over 250 New Construction Projects. Being the Knowledgeable and “HANDS ON” during Every Phase of the project has been our key to SUCCESS!!

If any of you ever need any guidance or an opinion on your Current or Future Development please do not hesitate to contact me. My Staff and I are willing to share our time and expertise with you.